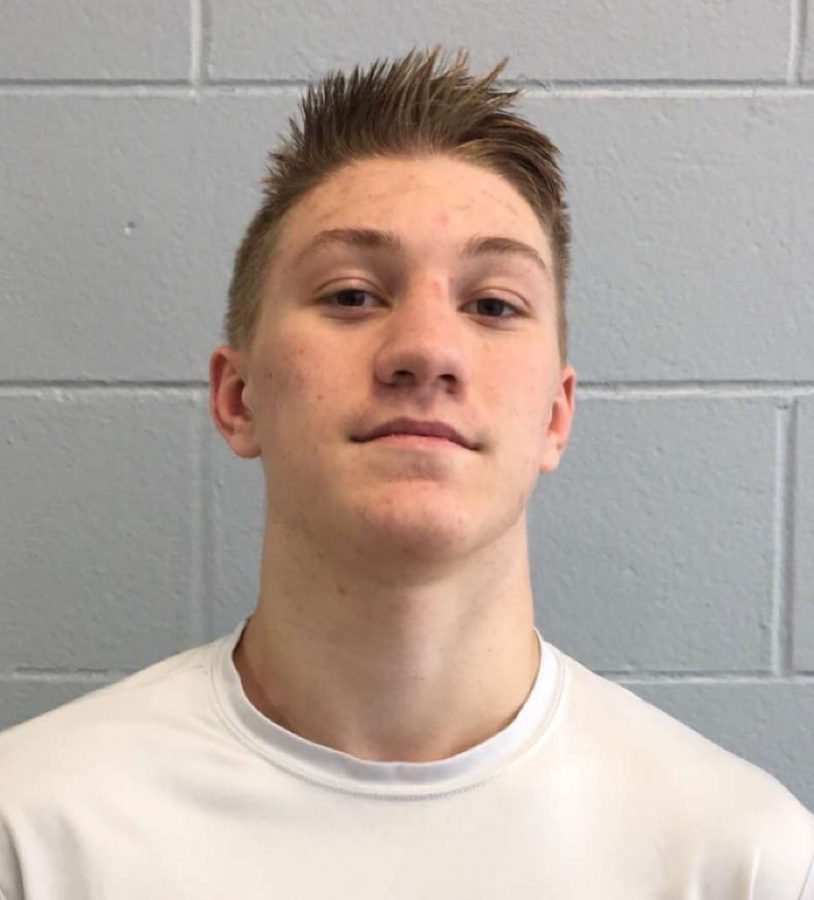 The relationships Adam Haselius has made this season and the amount of growth he has experienced have made this season a great one, and he is very excited and ready for his future high school wrestling career.

Haselius has been a competitive wrestler since he was in kindergarten, and he has earned his way to Varsity wrestling as a freshman.

Haselius enjoys the challenges he faces competing and practicing with juniors and seniors, on and off of his own team. His favorite part of wrestling is the bonds and relationships he has formed with his teammates. He enjoys how they are close like a family.

“We work together and we win together,” said Haselius.

Haselius looks forward to the end of the team’s daily practices when they have finished their workouts and are able to weigh in and check their progress.

Sometimes, Haseilus feels that being so much younger than his fellow wrestlers is more challenging, but he tries to not allow the nerves to affect his performance. He always gives every meet his all.

“I know that I can do this, so I just try my best and put in the work,” said Haselius.

Since making the Varsity team, Haselius feels he has made tremendous progress.

Haselius has formed multiple relationships with many of the upperclassmen on the Varsity team.

“I get to wrestle and learn from them at practice, but we also get to hang out with each other on the weekend,” said Haselius.

This time for bonding is what ultimately helps the team grow together.