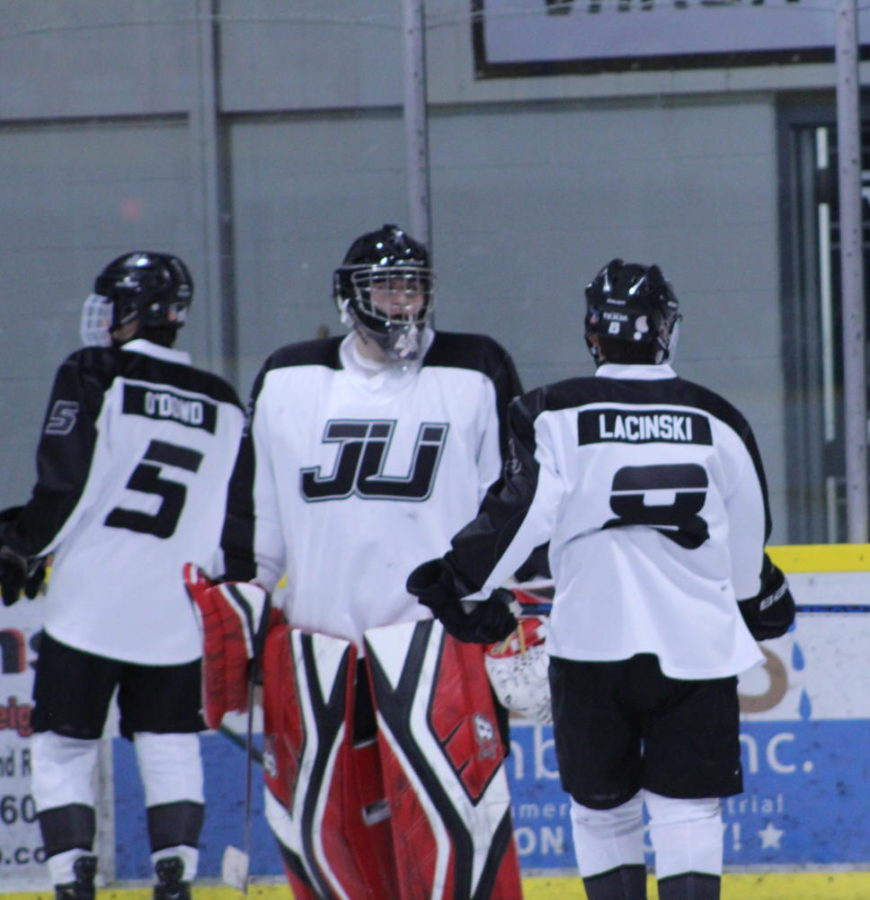 Jackson’s local hockey team, Jackson United, had a feudal match against Pinckney. After an endless battle between the two, Jackson United took the victory with a score of 4-3.

The score was extremely close throughout, with a difference no higher than a couple of points keeping the crowd and players on their toes.

At the end of the third period, the score was 3-3, causing the game to go into overtime. When overtime had finally ended, neither Jackson United nor Pinckney scored.

Since overtime still had not broken the tie, the game went to a shootout.

Matt Grimes, the head coach of Jackson United, picked Junior Easton Neitzke from Northwest to be the team captain and Aiden Chappell from Western High School to take part in the shootout. As the captain, Neitzke was expected to speak to the referees when they call penalties and then carry those messages to the bench for the coaches to hear.

“I was super excited to do the shootout, and I was not nervous at all. I was ready to get the win,” said Neitzke.

The most crucial position in hockey is the goalie because, without excellent goaltending, the team will not win many games. If another player makes a mistake, the goalie can bail them out. Junior Easton Craig of Northwest had the opportunity of playing goalie throughout the game.

“I was not nervous at all while playing against Pinckney because we had played Pinckney a lot throughout the summer, and they did not get a lot of wins,” said Craig.

Junior Carson Lacinski of Northwest was the forward during this game. Forward positions in hockey are essential to the team’s success because they earn the points for the team, which ultimately determines whether the team wins or not.

Each player was valuable during this combative game, and both teams proved to be talented as shootouts are rare. However, the players and crowd of Jackson United were proud and pleased with the victory they attained.